The Medieval and Modern Worlds

Astrology is a major feature of contemporary popular culture. Recent research indicates that 99% of adults in the modern west know their birth sign. In the modern west astrology thrives as part of our culture despite being a pre-Christian, pre-scientific world-view.

Medieval and Renaissance Europe marked the high water mark for astrology. It was a subject of high theological speculation, was used to advise kings and popes, and to arrange any activity from the beginning of battles to the most auspicious time to have one’s hair cut.

Nicholas Campion examines the foundation of modern astrology in the medieval and Renaissance worlds. Spanning the period between the collapse of classical astrology in the fifth century and the rise of popular astrology on the web in the twentieth, Campion challenges the historical convention that astrology flourished only between the twelfth and seventeenth centuries.

Concluding with a discussion of astrology’s popularity and appeal in the twenty-first century, Campion asks whether it should be seen as an integral part of modernity or as an element of the post-modern world.

3. The Thirteenth Century: Magic and Politics

6. The Fifteenth Century: the pagan revival

13. The Revival of Horoscopic Astrology

18. Astrology as a Modern Religion

19. Astrology and the Post-Modern Condition

“Campion leaves few stones unturned and the large section of notes and the ample bibliography make these two volumes [History of Western Astrology Volume I and II] an excellent starting point for those who wish to dig deeper.”
~ The Observatory

“Having just completed Volume One, and now far into Volume Two, I stand in awe at this man’s ability to wade through an ocean of conflicting and confusing history, involving philosophy, religion and social upheavals, and somehow never lose cite of his central thesis–the ebb and flow of astrological beliefs. And all in very readable prose, carefully documented, and largely unbiased. Of course, with such a broad overview, and with so many influences and trends to dissect and analyze, there is no doubt that experts in individual fields may quibble about certain points and generalizations. But that doesn’t detract from the value of this encyclopedic work. Whether you believe in Astrology or not, noone can deny that Astrology has played a major role in the intellectual and psychological life of Man since the beginning of time, and a respectful interest in its development is certainly warranted. And noone does it with such clarity, insightful prose, and ability to cut a clear path through the jungle of intellectual ideas than Campion, in two massive volumes of scholarship. I took a summer to read these two volumes, re-reading many passages again and again, and dont regret a moment of the effort. This is great writing, not just great scholarship.”
~ Stuart Schulz 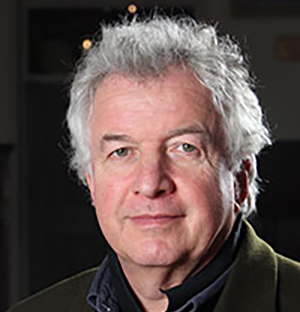 Dr Nicholas Campion is Principal Lecturer, Institute of Education and Humanities, and Associate Professor in Cosmology and Culture. He is the director of the Sophia Centre for the Study of Cosmology in Culture, the only academic Centre in the world to deal with cultural relationships with the sky and the cosmos. He is responsible for taking forward the Centre’s research and teaching activities, through supervising PhD students, sponsoring research projects, organising conferences and other events, and publishing research via the peer-reviewed journal Culture and Cosmos. He also serves as Programme Director of the MA in Cultural Astronomy and Astrology.