Review of ‘The World of Astrology, by Luís Rodolfo Vilhena’

The author of this book, Luís Rodolfo Vilhena, was a promising Brazilian anthropologist who died tragically young in 1997 at the age of thirty-three. The World of Astrology, based upon his research for a Masters degree at the University of Rio de Janeiro, was originally published in Portuguese in 1990. Its chance discovery (as we say) by Graham Douglas in a Lisbon bookshop inspired him to produce this excellent translation, and both he and the Sophia Centre Press are to be congratulated for the resulting new addition to the Anglophone world of scholarship and research into modern astrology.

Vilhena’s subjects are members of the urban middle classes in Rio de Janeiro with varying degrees of involvement in astrology, from professional practitioners to those who only consult astrologers. They are also involved with astrology in ways and for reasons which differ. The period is the 1980s, but surprisingly little seems to have changed. Some informants value astrology as a spiritual path (although not formally religious), some as a psychotherapeutic practice allied with Jung’s analytical psychology, and some as an esoteric knowledge resisting the scientific materialism of modernity. The only thing missing here is the subsequent rise of astrology as divination which, because it doesn’t fall neatly into any of those categories, has complicated them in an interesting and potentially fruitful way.

The strength of Vilhena’s approach follows from his adherence to Lévi-Strauss’s structuralism, which reveals the scope, sensitivity and flexibility of astrology as a classificatory system, based on synchronic binary oppositions, with which to make sense of experience, social relationships and the world. The ultimate development of this kind of astrology is perhaps in the orientations it enables towards the modern world as such, in tandem with the way its academic study can reveal those orientations.

Vilhena shows convincingly, for example, that rather than rejecting science outright, some of his astrologers are trying to spiritualise it. Others are working to the same end using psychology as a project that is, for them, both scientific and spiritual. That was precisely Jung’s hope, of course. (The result can equally be seen as a disingenuous attempt to disguise its real nature, a muddled but pragmatic compromise, or a promising new synthesis.) Still others reject modern materialism altogether, taking refuge in astrology as an ancient esoteric and occult ‘science’ of the kind defended by the rebarbative René Guénon. But as Vilhena points out, both that rejection and the presumptive remedy are themselves thoroughly modern responses.

Vilhena makes the related point (as have others) that astrology’s emphasis on exact astronomical positions, mathematical calculations and a complex set of theoretical rules for interpretation potentially position it as a scientific and/or objective enterprise, while the irreducibility of qualitative planetary principles, never far removed from divinities, equally mark it as ‘magical’. Again, it offers, or seems to offer, a solution to the question of how to be in the modern world but not of it.

It seems worth adding that magic in fact offers a deeply compromised way to oppose the modern world. Although ‘spiritual’, a great deal of it is already implicated in the mode of instrumental power-knowledge that is so central to modernity: aiming for mastery, manipulating ‘energies’, using the will to bring about desired changes (whether ‘subjective’ or ‘objective’). That which is radically non-modern, and which therefore marks its limits, is something else: enchantment. (Although, confusingly, the same word – magic – is often used to describe it). But wonder cannot be used, let alone organised, and with that realisation, people who mainly want power lose interest.2

Vilhena works hard to relate the various positions taken to the social classes and relationships of their takers, and with some success. It’s odd, though, that he doesn’t seem to have been aware of T. W. Adorno’s early and influential writings on astrology based on the L.A. Times’ sun-sign column and its readers in the 1950s.3 Amid Adorno’s dollops of Marxism and psychoanalysis and his wildly speculative conclusions are some valuable insights, especially the idea that astrology, in any depth beyond sun-sign columns, appeals mostly to the ‘semi-erudite’. By this, Adorno meant those sufficiently well educated to follow its sometimes intellectually demanding complexities, but not so well-educated that they have thereby succumbed to the intellectual elite’s metaphysical worldview. (Since the late seventeenth century, that has been one which excludes even the possibility that astrology is true or real.) Of course, this concept is also too crude, but it is at least interesting and potentially fruitful.

Although it’s not a serious omission, the commentary here might also have mentioned Bauer and Durant’s 1997 empirical study ‘Belief in Astrology’, which follows up Adorno’s work. It broadly supports the conclusions in this book.4

Not surprisingly, the weakness of Vilhena’s work also follows from the source of his insights, namely its structuralism. That commitment means, as he says, that ‘I approached astrology as a whole principally in terms of its beliefs’ (p. 103). Belief and knowledge are functions of epistemology. As such, they encourage a neglect of how astrology works as ontology: a way of life, not only a way of knowing, in which working with symbolism, arguably the heart of astrology, is central. We learn much about various worldviews and their social dimension, but it is possible to miss a close study of how astrological symbolism itself works when it is an essential part of lived experience. For that – not as a replacement for Vilhena’s sociology and social anthropology, but as a necessary complement – a more phenomenological and/or hermeneutic approach is necessary.

Such a call by no means rules out anthropology, which is a very roomy (and contested) discipline. It does, however, move in the direction of the humanities and away from the social sciences. A start, and good example, is provided by an MPhil thesis briefly mentioned in Douglas’s preface: Lindsay Radermacher’s ‘The Role of Dialogue in Astrological Divination’ (2011).5

It also follows, I think, that to understand what it’s like to be a practising astrologer (including, but not only, what it feels like), one needs to at least have had the experience of being one.6 Vilhena studied astrology but mainly, it seems, as a ‘system’ which one ‘applies’ to generate meaning. It is that, and an admirable and fascinating one, as this fine study shows; but it is far from only that. 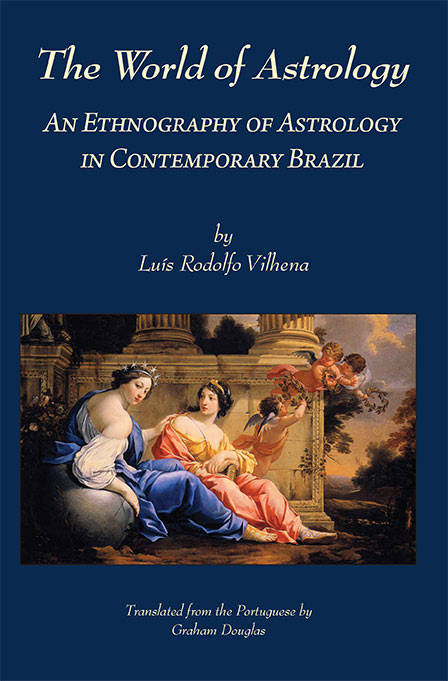