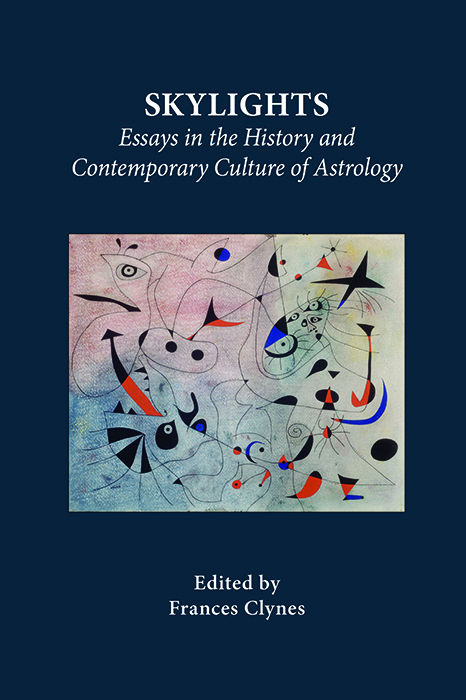 Essays in the History and Contemporary Culture of Astrology

Astrology claims that meaning can be identified in the nature and movements of the celestial bodies. It exists is most human cultures and thrives in the modern world as a feature of popular culture. Modern western astrology has its roots in the classical Greek world and, before then, in the ancient Near East, and its popularity represents a remarkable survival of a world view which held that all things are interconnected and interrelated.

Skylights breaks new scholarly ground with its analyses of the diverse theoretical assumptions and practices of modern astrology. Beginning with three chapters on aspects of astrology in the classical Greek, Islamic and Medieval European worlds, the book moves into eight chapters on topics which, together, have never been the focus of academic attention. They consider the nature of astrology as a language, it’s approach to history, application of the classical concept of the daimon, theory of the soul, adaption of psychology, and popularisation in the media.

The book will appeal to those interested in the background and intellectual contexts of astrology, the history of ideas and esotericism, alternative and New Age spiritualities, popular culture and the study of astronomy and culture in the modern world.

Seeing and Listening to the Gods in Iamblichus’ De Mysteriis: Astrology as a Paradigm of Interaction with the Divine
~ Akindynos Kaniamos

Signs from Heaven or a Dark Art? How the Church embraced Arabic Astrology and introduced it into the Christian West
~ Chris Mitchell

An Observation Tower: Aby M. Warburg and the Transmission of Astrology
~ Jennifer Zahrt

The Nature of the Soul within Contemporary Western Astrology
~ Jayne Logan

Kim Farnell: The Development of the Horoscope Column and its Relationship with Women’s Media
~ Kim Farnell

Spatio-Temporal Representations and the Language of Astrology
~ Crystal Eves

Skylights is empirical confirmation of two things. One is the extraordinary variety, tenacity and longevity of astrology as an integral part of global human culture. The second is the success with which the academic study of the history and culture of astrology has been established thanks to the tireless efforts of the Sophia Centre, its staff and students — including the authors of these fascinating papers.
~ Patrick Curry, author of “Prophecy and Power: Astrology in Early Modern England (1989)”, and “Astrology, Science and Culture: Pulling Down the Moon, with Roy Willis (2004)”

This collection consists of eleven excellent essays, thoroughly and carefully researched, on the roles of astrology in modern culture, together with provocative foundational works. In all, astrological language, its applications and its various interpretations as either empirical science or historical definition are amply examined in the present collection of splendid Skylights essays.

Astrology occupies an important place in European and North American societies today. Against such an obvious fact, it is astonishing how little scholarly research has been devoted to this ongoing fascination with astrology in contemporary “secular” cultures. Skylights provides an important contribution to fill this gap of critical research. The chapters address historical and contemporary aspects of astrology and cosmology in a refreshing way that moves beyond simple distinctions between “astronomy” and “astrology,” as well as related categories that influence public (and scholarly) opinions still today. The volume not only presents and discusses the rich diversity of astrologies in contemporary Europe and North America; it also offers innovative theoretical insights that can shed new light on our understanding of astrology as a system of knowledge, a metaphysical practice, and a path for human quests. Highly recommended to everyone looking for a fair and nuanced discussion of astrologies today!
~ Kocku von Stukrad, Professor of Religious Studies at the University of Groningen, author of Locations of Knowledge in Medieval and Early Modern Europe: Esoteric Discourse and Western Identities (2010) and A Cultural History of the Soul (2022) 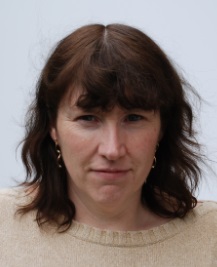 Frances Clynes is a tutor in the MA in Cultural Astronomy and Astrology, currently teaching  on the Sky and Psyche and Sacred Geography modules. I also supervise MA dissertation students and provide IT Support. She works as a Computing Lecturer in a Dublin college and as a tutor on the MA in Cultural Astronomy and Astrology. I am also a Distance Learning and Online Tutor with the Faculty of Astrological Studies as well as their IT Manager. She is a member of the European Society for Astronomy in Culture, a Board member of the Astrological Association, and a Council member and tutor with the Faculty of Astrological Studies. Her academic interests include ongoing research in the area of dualism, the Internet and astrology, Irish mythology and the Irish Neolithic monuments, Alan Leo, and C. G. Jung with particular interest in the Liber Novus.