In Memoriam – Luis Rodolfo Vilhena, author of The World of Astrology

Last week, May 29, 2017 marked the 20th anniversary of the death of Luis Rodolfo Vilhena at the age of 33 in a motorcycle accident. O Mundo da Astrologia, published in English translation by the Sophia Press in 2014 as The World of Astrology, was his first book, based on his 1988 Master’s thesis at the Federal University of Rio de Janeiro.

An influential book describing the work of his Doctoral thesis on the history of the Brazilian Folklorist movement, Projeto e Missao: O Movimento Folklorico Brasileiro 1947–64 was published posthumously, and reviewed by Elizabeth Travassos in the journal Mana.1 More biographical information, and a full list of his publications can be found (in Portuguese) on a website set up by his colleagues.2 A whole day conference was held on May 24th this year at the Pontifical Catholic University of Rio de Janeiro, to discuss his work in Folklore Studies and Social Research, including his study of astrologers. Over 100 people were in attendance.

It is interesting that in his second book he was again focusing on the situation of a movement and a study (folklorism), which found itself excluded and dismissed by conventional science. In this case the sociologists, influenced by European and American traditions, rejected folklore studies as amateurish and unworthy of consideration as a science at a crucial time in the intellectual history of Brazil, before the military coup of 1964. The folklorists insisted on the validity of data collected by amateurs engaged in the transmission, as well as study, of local folkloric traditions, and untrained in social-scientific methods.

The author’s grandmother is Professor Cleonice Berardinelli, who celebrated her 100th birthday last year. She is an authority on the work of the Portuguese writer Fernando Pessoa, who was himself deeply involved in astrology, although this is not believed to have influenced Vilhena in his choice of research.

Commenting in the preface to The World of Astrology, Professor Gilberto Velho, his supervisor, says:

In his research on astrology, Luis Rodolfo sought to characterize a group of individuals in the context of their social networks, who possessed in this system of beliefs and understanding, a fundamental reference point for their daily lives and aspirations. To implement this project, he studied the history of astrology and also carried out fieldwork, observing situations, arranging interviews and recording life stories. In this sense, his work was already an important contribution to the study of complex contemporary societies in general, and in Brazil in particular. It explored the freedom of action and alternative choices of values and goals available to his informants, in their particular sector of Brazilian society. He attempted to establish points of connection between participation in the world of astrology on the one hand, and an ethos, a lifestyle and a world-view on the other; contributing in this way to a better understanding of the construction of individual and social identities.

This is a work of great interdisciplinary value, with implications which extend beyond the limits of what is strictly social anthropology, offering contributions to social psychology and the history of culture, among other areas of learning. At the time of his death, besides his important research work, Luis Rodolfo was also known as an inspiring teacher in both the Pontifical Catholic University and the State University in Rio de Janeiro. Although he left us prematurely he has given us an intellectual and personal inheritance of great value.

Gilberto Velho is frequently quoted throughout the book, bringing sociological perspectives to Vilhena’s analysis, which was careful to avoid so-called ‘diagnostic’ approaches to astrology, such as Morin’s where occult interests were seen merely as symptoms of moral weakness. And the term ‘deviant’ is shown to be valued positively within members of the counter-culture of which occultism forms a part. The deviancy in question is not a matter of absolute values but of the relationship between fringe and majority groups.

In more recent PhDs on astrology a sociological perspective is frequent and uncontroversial, but Vilhena’s work was the pioneering study, published over a decade earlier. The value of the anthropological perspective for astrological research is clear from this passage from the book:

There is no doubt that the study of Kantian philosophy provides us with important assistance for the analysis of the consequences of the emergence of valuation of the individual as a constituent of modern ideology. It holds a strategic historical value since it was an attempt to supply a foundation, not only to the democratic ideals which culminated in the French Revolution but also to the Newtonian system, whose genesis signified the decline of astrology. However, above and beyond this abstract investigation of individualist ideology, it is necessary to recall, as Velho reminds us, that ‘there is no single individualism’. In the study of Brazilian society, this contextualisation becomes especially acute if we take into account that the process of modernisation that is occurring there has a limited extent, not having reached all its [societal] sectors, as well as being able to display particular characteristics due to its delayed manifestation in relation to European societies.3

Patrick Curry, in his recent review, also makes clear the richness that anthropological approaches can bring to our understanding of astrology:

Vilhena shows convincingly, for example, that rather than rejecting science outright, some of his astrologers are trying to spiritualise it. Others are working to the same end using psychology as a project that is, for them, both scientific and spiritual. That was precisely Jung’s hope, of course.

Still others reject modern materialism altogether, taking refuge in astrology as an ancient esoteric and occult ‘science’ of the kind defended by the rebarbative René Guénon. But as Vilhena points out, both that rejection and the presumptive remedy are themselves thoroughly modern responses.

As the recent university conference in Rio de Janeiro shows, Vilhena’s work is still influential in anthropology, twenty years after his early death. In astrological research, he still has insights to offer the serious student who wishes to consider the practice of astrology in its social context. The papers presented at this conference will be posted on the site mentioned above shortly, and it is hoped that we may be able to make at least some of them available in English translation. 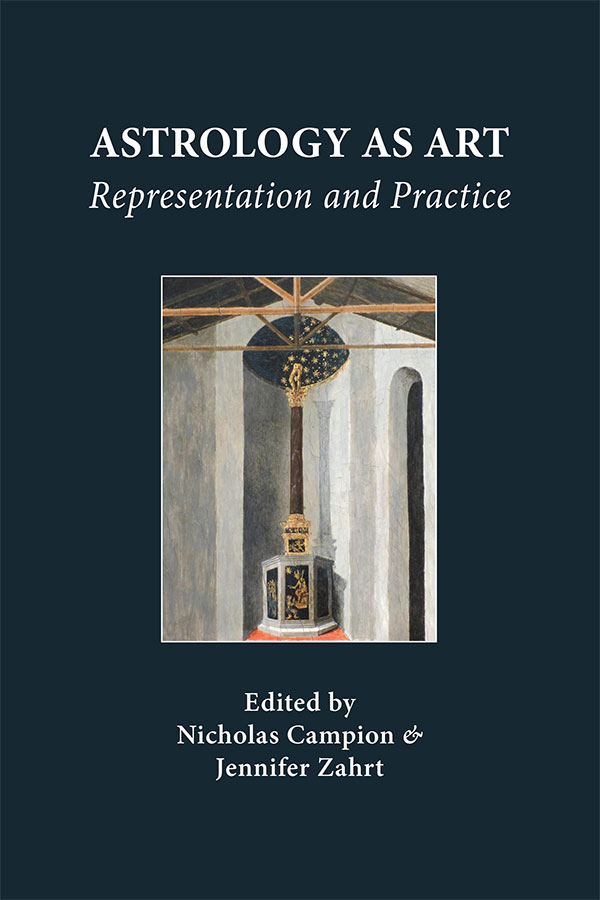