The following is an extract from Joscelyn Godwin’s paper in ‘Celestial Magic’, the latest issue of Culture and Cosmos. Godwin, who is Emeritus Professor of Music at Colgate University and one of the most distinguished scholars of Western esoteric and occult ideas and practices, takes as his theme ‘Astral Ascent in the Occult Revival’. In this article he discusses how the occult revival of the later nineteenth century inherited Neoplatonic and Hermetic ideas of astral ascent and commerce with the planetary spirits, but felt obliged to square these with contemporary discoveries in astronomy. In this work, Godwin covers Swedenborgian ideas into a semi-scientific cosmology to the works of Emma Hardinge Britten, H. P. Blavatsky, and the Hermetic Brotherhood of Luxor, and on to the lesser known teachings of Cyrus Teed, known as Koresh, who taught that the earth is a concave sphere with the heavenly bodies at the center. Please enjoy this excerpt:

Astral Ascent in the Occult Revival

The ascent of the soul through the planetary spheres is one of the archetypal images of the Western esoteric tradition. The classic account is in the Poimandres, the first book of the Corpus Hermeticum, where the divine Mind explains to Hermes Trismegistus what happens to the human being before birth and after death.1 The Hermetic ascent takes for granted the ‘Standard Model’ of how the cosmos is put together: a model that unites astronomy, psychology (the science of psyche, the soul), and metaphysics. Louis Rougier calls it the ‘astral religion of the antique world’, that was

[f]ormulated by the Pythagoreans, developed in the winged myths of Plato, appropriated by Posidonius of Apamea to Stoic physics, permeated by Chaldaean astrology, expounded by Cicero in the form of a neo-Pythagorean apocalypse in the Dream of Scipio Africanus, celebrated in the Emperor Julian’s Discourse on the Sovereign Star as the religious testament of Hellenism; hymned at paganism’s close in Hierocles’s Golden Verses; then, for more than ten centuries, after successively infusing the oriental salvation religions of Judaism, Gnosticism, Mithraism, Christianity, Manicheism, and Islam, it was the veritable faith of the elites of the Mediterranean shores. It survived the triumph of Christianity; it traversed the Middle Ages and inspired the Divine Comedy, and received its quietus only with Kepler’s new astronomy and Galileo’s modern mechanics.2

The Standard Model is spherical, geocentric and dualist. In its classic formulation by Aristotle and, following him, Ptolemy, it consists of a perfect world of eight celestial spheres, enclosing an imperfect world of four elements distinguished by their tendencies towards or away from the center of the system.3 In principle the elements form four concentric spheres, with all the earth compressed in the center and all the fire on the outside, but in practice they are continually stirred up and mingling with each other: hence the mutable condition of the sublunary world. The celestial world, in contrast, is made from a subtle quintessence or aether. From the Moon’s sphere outwards, all is self-moving, eternal, and perfect, and consequently all the motions of the stars and planets are circular. The Standard Model terminates with an eighth sphere carrying all the fixed stars, including the twelve constellations of the zodiac. Beyond that, nothing is visible; hence opinions differ. Aristotle posited a Prime Mover (primum mobile) as the necessary mechanism that spins the whole celestial world once a day around the static Earth.4 Some Hermetic texts insert the thirty-six Decans between that all-encompassing sphere and the zodiac.5 The Neoplatonism of Plotinus and Proclus extends the system with a hierarchy of Intelligibles;6 Kabbalism does likewise with the ten Sephiroth;7 Christianity, with the nine orders of angels, makes a third, divine world above (or enclosing) the celestial and elemental worlds. Beyond that is infinite emptiness, or if you prefer, God.

Since the microcosm resembles the macrocosm, the human body corresponds to the elemental world, the soul to the celestial. At least, that is the exoteric version. In the Neoplatonism that became the mainstay of esoteric anthropology, the human being is threefold. To soma, the body, and psyche, the soul, it adds the nous.8 That translates as ‘mind’, ‘heart’, ‘soul’, ‘intellect’, ‘mood’, ‘reason’, ‘discretion’ or ‘judgment’; so evidently English has no word for something perfect and eternal, belonging to a state where knowledge and being are one. The nous has its home either among the stars, or beyond them. According to Trismegistus, we are here on Earth because our divine part has left that perfect condition to descend through the constricting spheres of the Standard Model.9

This is the astral descent, a necessary prelude to the present theme and the most imaginative rationale for natal astrology. On its way down through the spheres, the nous acquires seven vestures that constitute the psyche.10 Each sphere stamps it with qualities and tendencies, which vary according to the planet’s current position and aspects. By the time the soul enters the body with the baby’s first breath, it bears the imprint of the celestial world as it stood at that moment, recorded in the natal horoscope. It then grows as body and soul, with the knowledge of its divine origin as a dormant potential.

To the Hermetic philosopher, life on Earth is a preparation for the return to the pre-lapsarian state. The Poimandres describes the process.11 At death, the physical body returns to the elements of which it was compounded. The vital energies dissolve in the general reservoir. The psyche, free from its material baggage, rises to the first celestial sphere, that of the Moon. Is it able to renounce or slough off those tendencies that it picked up from the Moon on its way down? If so, it continues upwards and outwards. If not, it wanders around in the sublunary region until it can incarnate again.

Continuing with the Hermetic account, at every celestial sphere the soul has to surrender one of its powers, or at least the negative aspect of it. To the Moon, ruler of generation, it surrenders the ‘power of increasing and diminishing’; at Mercury’s sphere, ingenuity turned to evil purposes; at Venus’s, concupiscence; at the Sun’s, desire for power and ambition; at Mars’s, rashness and violence; at Jupiter’s, the evil impulses that come from wealth; at Saturn’s, falsehood and deceit. ‘And then stripped of the effects of the cosmic framework, the human enters the region of the Ogdoad [the eighth sphere]; he has his own proper power, and along with the blessed he hymns the father.’ Even that is not the end for such souls, for ‘having become powers, they enter into god, which is the final good for those who have received knowledge: to be made god’.12

Thus the Poimandres. Less familiar is the Apathanatismos, a unique document from the cult of Mithras, preserved in a fourth-century papyrus manuscript now in Paris.13 It instructs the initiate in a process resembling the Hermetic ascent, but in a much more active mode befitting the warrior mentality. When he faces the various hazards, trials and challenges he shouts ‘Silence!’ or bellows like a bull. On meeting each of the Seven Immortal Gods of the cosmos, who are the planetary gods, he does not submit to their judgment but conjures each one to ‘Open the door!’. After passing their spheres he greets the Fates, who appear as seven virgins with serpent heads, and the Lords of the Pole, seven gods with the heads of black bulls. Finally Mithras himself appears, the polar divinity, whom the initiate commands to stay forever in his soul.

Deification was not an option in the monotheistic traditions, nor did their concept of man require the nous. Exoteric Christianity and Islam kept the Standard Model as their cosmology, but modified the soul’s history within it. Souls have no prehistory and only one life; the only judge is God; the only outcome an eternity in Hell, which is probably inside the earth, or in Heaven beyond the cosmic circuits. Dante compromised with the esoteric view in his Divine Comedy. He kept the purgative stages of the astral ascent as levels on the Mountain of Purgatory, and made the planetary spheres the lower circles of Paradise. But the fortunate souls in the monotheists’ heaven are still souls, not gods or even angels.

With the Renaissance and the rediscovery of the Hermetic and Neoplatonic writings, the possibilities re-expanded. We can call this the first occult revival. The Renaissance magi, true to their Neoplatonic preceptors, saw the process as something to be attempted during life, rather than after it. György Szőnyi chooses the term exaltatio for the doctrine, ‘according to which man—with the help of certain techniques, including magic—could bring himself into such a state that enables him to leave the body and seek the company of the Deity’.14 He quotes Pico della Mirandola, who in his Oration on the Dignity of Man, declares that man can attain a state from which he can ‘measure all things’ and ‘become He who made us’, and Paracelsus, who claims that man is ‘greater than heaven and earth’ and that in his creative work he ‘establishes a new heaven’.15 Ficino, in his ‘Praise of Philosophy’, ended with the promise of the Golden Verses: that upon death, the devoted philosopher ‘will go straight and free to the upper regions and will ascend beyond human form, having become God of life-giving heaven’.16 Cornelius Agrippa devoted his Three Books of Occult Philosophy to the magics of the natural, celestial, and angelic worlds, all accessible because ‘not only man being made another world [i.e. a microcosm] doth comprehend all the parts thereof in himself but also doth receive and contain even God himself’.17

We hope you enjoyed this excerpt. If you would like to continue reading this and the many other articles on ‘Celestial Magic’, you may purchase the latest issue of Culture and Cosmos here.

A full list of Joscelyn Godwin’s books may be found here. 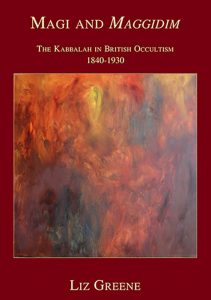 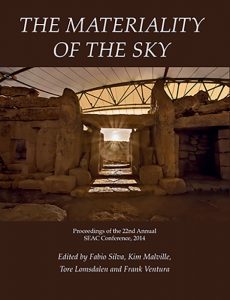 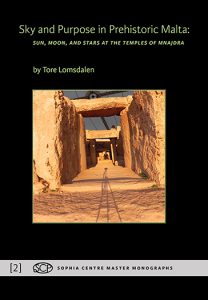 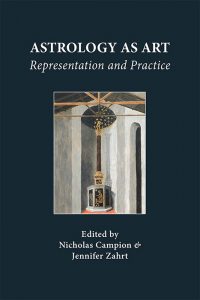 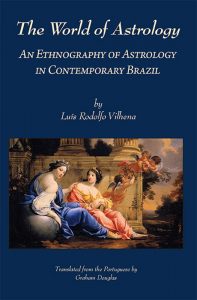 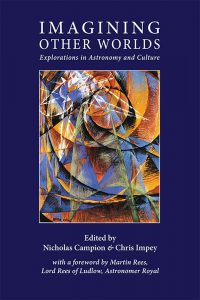